Graham Miller’s  bowl, the inspiration for which came from a magazine
with a few minor changes. The slots were initially made on the lathe and
then carved to shape on both the inside and outside. The timber used was
green silky oak which was dried out in a microwave oven over a number
of weeks in short bursts. It was then returned to the lathe for final shaping.
It was sanded to 120 grit. Charlie Kuhn has agreed to spray it with sanding
sealer before it is finished off with Danish Oil. 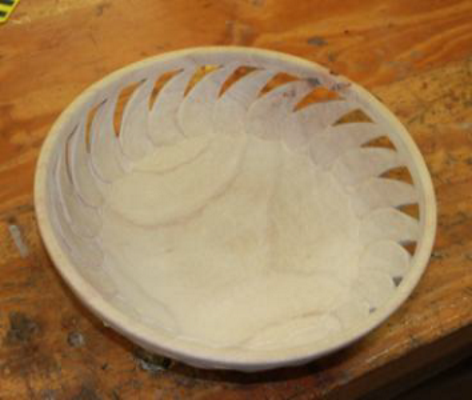